Far West Fungi—Out of the Dark 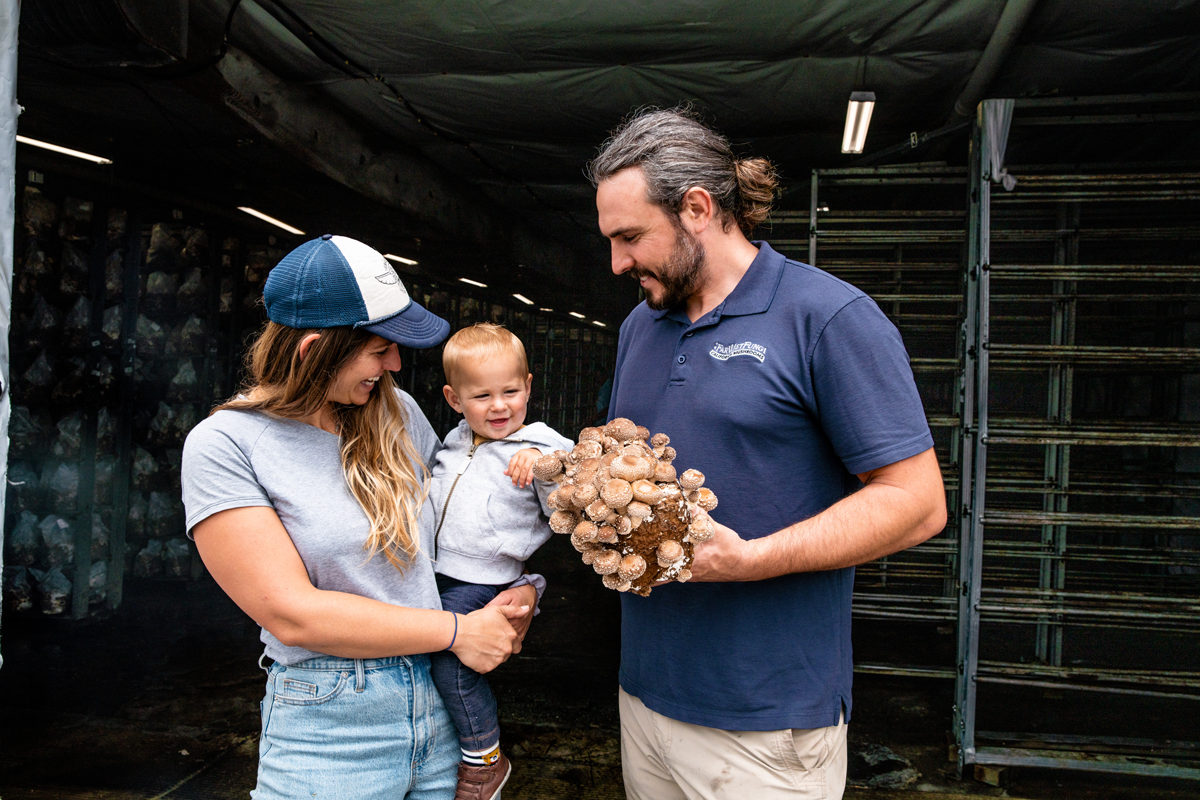 The day we visited Far West Fungi, the sun never even broke through the dense coastal fog. Nestled on a bluff in Moss Landing, California (aptly named for the foggy, chilly days there), Far West Fungi’s damp, dark facilities are joyfully managed by a multigenerational family whose business is full of light and hope.

If you were to admit that you don’t actually know how mushrooms grow, you wouldn’t be alone. Erin Raser shares that people have come to their farm expecting to see tilled fields with little mushrooms popping up from the soil and are surprised to find that mushrooms grow inside and in the dark. When Kyle Garrone, Erin Raser, and their son Lukas graciously welcomed us for a full tour of their family’s impressive 85,000 square feet of organic mushroom production, we were fascinated to explore a whole vibrant kingdom of life in those damp, dark rooms.

Welcome to the Shroom Boom

Currently we are seeing what some call a “Shroom Boom” across the nation, with interest in medicinal mushrooms and mushroom cultivation at an all-time high. You’d wonder if Far West Fungi might be a bit cautious about freely sharing their 35 years of family-developed production methods. But rather than having a scarcity mindset, the family sees a rising tide lifting all boats—or perhaps a strong mycelial network supporting a whole forest—and Kyle Garrone, son of Far West Fungi founders John and Toby Garrone, says, “Everyone should know more about mushrooms. They are everywhere, all around us.” He encourages others: “Grow mushrooms! That is better for everyone.”

And why does Far West choose to be CCOF-certified organic? “We have a strong commitment to organic principles and have always produced our mushrooms in the most simple and sustainable way possible, which includes following the organic standards,” shares Erin Raser.

Anchored in the personal health benefits mushrooms offer as well as a high standard of integrity of the product itself, the Garrone family has dedicated more than three decades to growing, distributing, and marketing organic specialty mushrooms. From their first shop in the San Francisco Ferry Building to their newest store in downtown Santa Cruz, their hearts are set toward health for people and the planet and toward supporting widespread education about mushrooms.

How Do Your Mushrooms Grow?

But how do you grow mushrooms—especially if they aren’t plants at all, but belong to a kingdom all of their own?

Just as healthy plants start with a healthy soil, healthy mushrooms start with a quality substrate. According to Erin, “we source all of our certified organic substrate materials from the USA and handcraft the cultivation blocks. We use rice bran, soy hulls, millet, sorghum, cocoa hulls, and cotton seed hull, among other products when available.”

The substrate is where the mushroom mycelium can establish themselves and grow. Far West Fungi sources the safest pesticide-free agricultural waste products in order to make their homemade substrates. One of the benefits of buying local, certified organic mushrooms is knowing what feeds those mushrooms from the very first spore.

Then each type of mushroom spawn is added to a separate sterilized substrate. “Spawn can be thought of as the 'seed' in mushroom cultivation,” Erin explains. The sterilization ensures that no other forms of microscopic life compete with the mushroom, leaving just pure mushroom goodness. 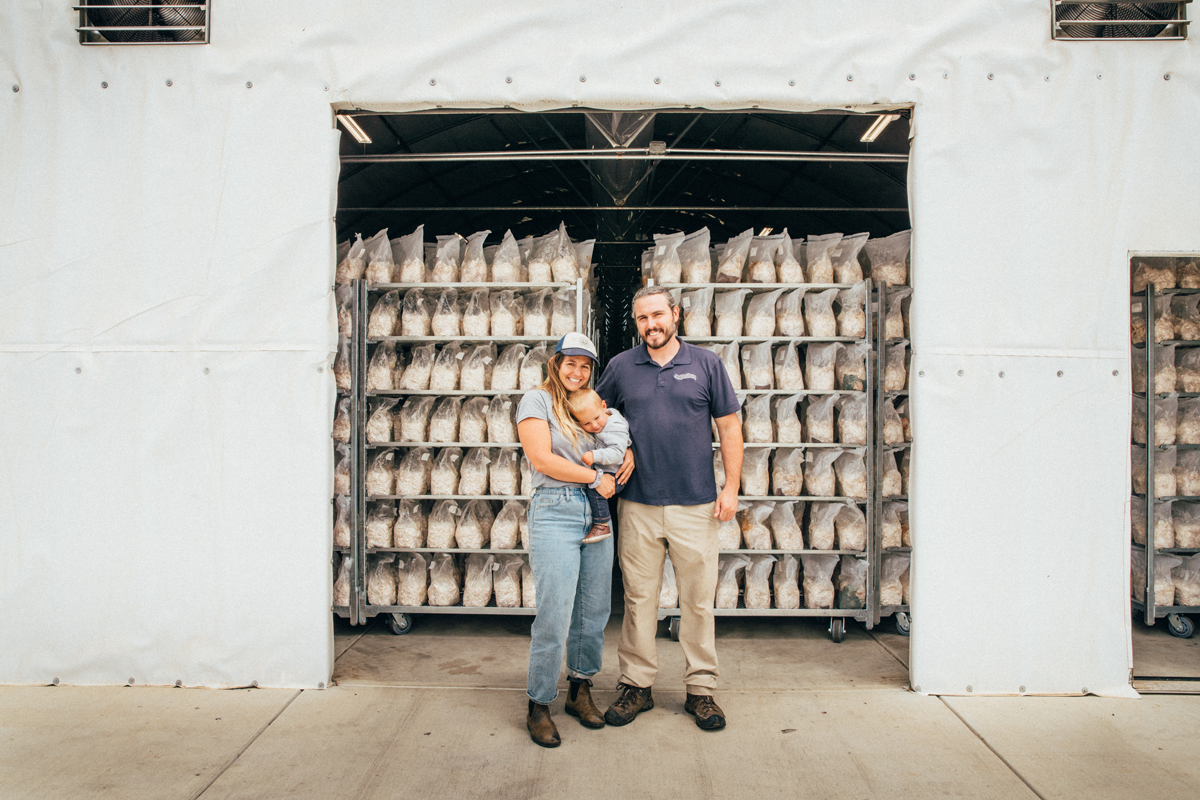 To Market, to Market

Once the mushrooms have successfully fruited in Far West Fungi’s damp, dark growing rooms, the next step is finding who wants them, which, Kyle warns, is trickier than one might think. The number one priority he suggests before growing mushrooms: “Know your market.” Every farmer knows not to plant a seed until you know where you’re going to sell the crop, and the same goes for mushrooms. Far West Fungi sells between 12 and 14 different species of mushrooms, including maitake, shiitake, reishi, oyster, lion’s mane, and more.

As the national demand for these varieties of mushrooms has skyrocketed, the country’s mushroom industry is on track to compete internationally with thriving foreign mushroom markets in Asia and parts of Europe. The Garrone family is hopeful about the potential of the U.S. mushroom market, which is why they are so eager to help their neighbors and colleagues grow. Also, they add, mushrooms are good for the planet. “Less consumption of meat in general is a really good thing for the environment,” says Erin, “and mushrooms have a place there.” It’s time to embrace the fungus among us.

***
This article was written by Liz Birnbaum of The Curated Feast. 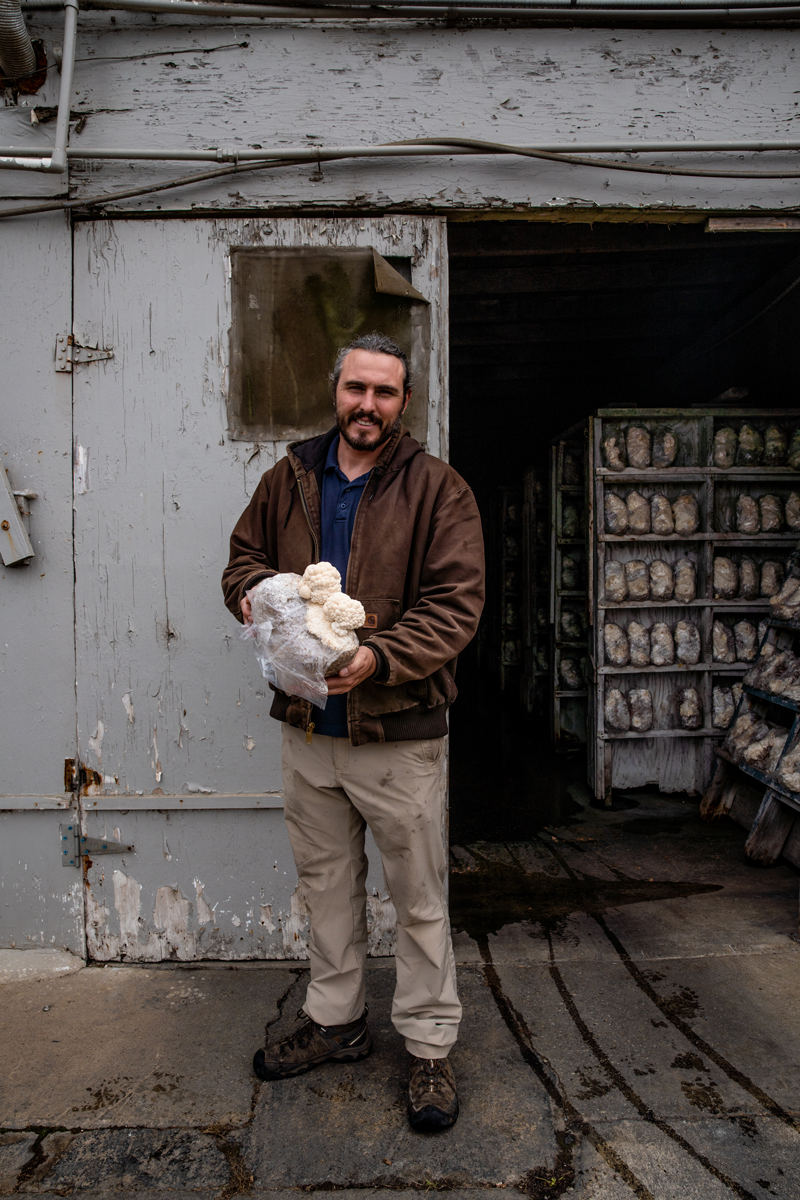 This article was written and photographed by Liz Birnbaum of The Curated Feast.